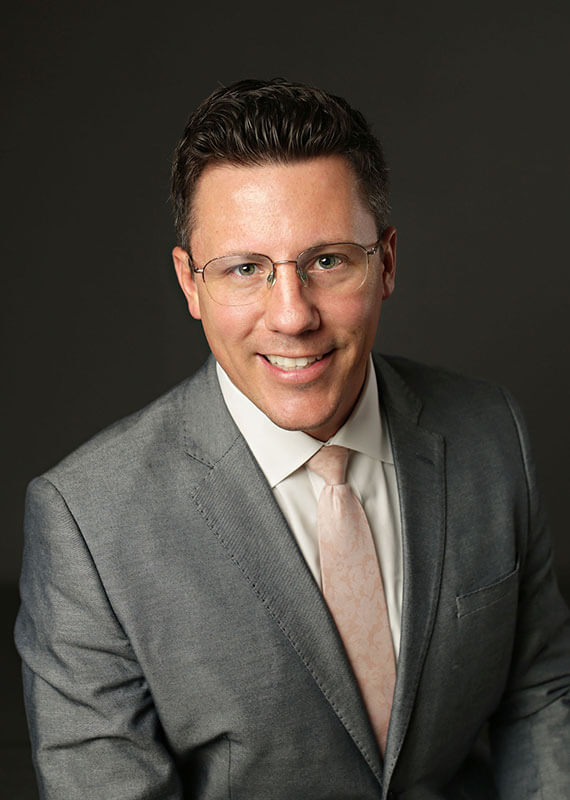 Louisville criminal defense attorney Greg Simms is a Senior Associate and Head of the Criminal Defense Section at Murphy & Associates, PLC. Greg was born in Lebanon, Kentucky and raised in rural Marion County. He earned his J.D from the University of Louisville Brandeis School of Law in 2007. While at Brandeis, Greg was awarded an academic scholarship, a Student Bar Foundation grant for service, the Book Award for highest achievement in Evidence, and was the only member of his graduating class to be inducted into the International Academy of Trial Lawyers, based on his performance in Trial Practice, Evidence, and Pleading and Procedure courses.

Greg Simms has been recognized by National Trial Lawyers Top 40 Under 40, Louisville Magazine’s Top Lawyers for 2012, 2013, and 2014. Greg has also been named to the SuperLawyers Rising Stars list and has earned a 10.0 rating from AVVO (the highest rating offered). Greg is also often selected for numerous awards and publications which are too numerous to list. Publications include Sunday Morning Prohibition: God’s Time v. Miller Time, Business First Magazine (Sept. 21, 2012).

Greg has many jury trial wins in many areas of Kentucky.  Greg has also changed the criminal law in Kentucky by winning published cases at the appellate level. Greg has won significant appellate victories in cases involving DUI roadblock stops. Greg is also on the cutting edge of unlawful search and seizure law in Kentucky and has several cases which have been influential in clarifying Kentucky law regarding unconstitutional searches and seizures.

“I am currently a service member and have been in the Army over 11 years. I have done many honorable things, but without Mr. Simms I might not still be in the Army today. In the beginning of 2016, I was charged with a DUI in Hardin County, KY (very strict because of a DUI case back in the day that ended up with many children on a school bus tragically dying). I immediately hired a lawyer in Hardin County, whom shall remain anonymous. After a week, all I did was tell him the pre-trial date and paid him $1,000 to defend me and I ended up relieving him of his duties because I knew he wouldn’t be the lawyer I needed. I heard about Mr. Simms through a lot of different lawyers who said he would be the man for the job. Upon contact with Mr. Simms, he listened to my story and consulted with me for about two hours and he did not ask for anything in return. The possible effects of a DUI would ruin my military career and could have sent me home packing. Mr. Simms filed a notion to a speedy trial and did everything in his power to expedite the case so I could be clear on the military side as well. It should be noted that every time I called Mr. Simms, he would either answer or send a text within minutes (even during off hours). The dedication to professional commitment to a client goes unmatched by any person I have ever met. In the end, the case was dismissed and we did not have to go before a jury and I only had to show up to court twice, which was convenient because I live in a different state (approximately 13 hours away). The traits that set Mr. Simms apart from ALL lawyers I have met (military and non-military) are as follows: -Truly dedicated to client -Confidence beyond reproach (earned confidence, not false confidence) -Traveled one hour from business to court to ensure I was taken care of, just to drive an hour back -Follows up regularly with client, always updated me on evolving situations at first notice -Expunged the whole incident from my record I honestly have nothing bad to say about Mr. Simms. Every sentence that he spoke sounded as if it had came out of a textbook. Never overstepped any boundaries and is the epitome of what a defense lawyer should be. One of my battle buddies told me that he was in need of a lawyer in California for a DUI from 2010 and I did not hesitate to call Mr. Simms. He networked to find the top lawyer within 100 miles of that area. Hopefully I never need another lawyer ever again, but if I do I know I will contact Gregg Simms.”

“Hired him for the charges of DUI 3rd offence, speeding, and careless driving in Harden County. Case went to trial. He left no stone unturned in my defense. He was always very upfront with any information about the case and talked with me in a way i could understand it. He answered every question I had in a timely manor through email or text. He was so meticulous in the preparation for the trial that the prosecution didn’t know what him them. The case was dismissed due to his great attention to detail. Thanks to Greg I now have my life back. I couldn’t thank him enough for his hard work and professionalism. As long as he practices law, I will never hire anyone else.”

From the Desk of
Gregory Simms

If a friend or loved one has died in jail, their estate (and/or surviving family members) may have a claim against the jail, corrections officers, and possibly medical professionals. Each of these cases is very different, so in order to consult an attorney and...

END_OF_DOCUMENT_TOKEN_TO_BE_REPLACED

The mental state of a criminal defendant can seriously affect the outcome of a criminal case. In fact, it can be determinative. Mental state is so important that the exact same action – killing another person, for example – can be one of several different types of...