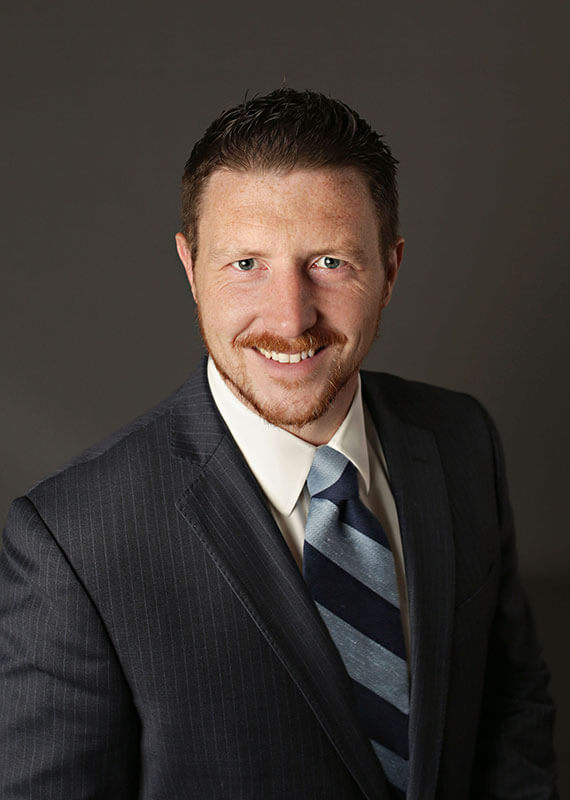 Aaron Michael Murphy is a personal injury lawyer and trial attorney practicing in Louisville, Kentucky. Aaron has helped clients from all areas of Kentucky recover tens of millions of dollars for their injuries. Aaron primarily represents cases involving auto and trucking collisions.  However, Aaron has also represented plaintiffs in cases involving death by gunshot, drowning, farm accident, and medical malpractice. Aaron has represented clients of catastrophic trucking injury and death in multiple states as well as defending appellate issues at the Kentucky Court of Appeals and Kentucky Supreme Court and the United States 7th Circuit Court of Appeals.  Aaron has tried cases to a jury in both state and federal courts. Aaron graduated from the Louis D. Brandeis School of Law at the University in the class of 2007.  After working for a small law firm in downtown Louisville for several years Aaron began his own practice.  On August 1, 2010, Aaron began his practice devoted to helping individuals and families with legal needs, primarily those for whom injury or death of a loved one had caused an unimaginable tragedy.  Over the years the law firm has grown, but the focus has stayed the same.  Aaron has litigated death and catastrophic injury cases against defendants as diverse as Fortune 500 Companies, drunk drivers, criminals, and other wrongdoers.  Whether it involves a case against a truck driver who fraudulently obtained a medical card, or a catastrophic farm injury, Aaron has been there.  Aaron counts people from all around the globe as his clients. In addition to representing clients from Kentucky, it has been Aaron’s great honor to represent clients from Iraq, Somalia, Nepal, China, Jordan, Bhutan, Cameroon, Nigeria, Malawi, Cuba, and elsewhere.  Despite million and multi-million-dollar results in past cases, Aaron continues to believe that his best cases are still ahead of him.  And each case presents new opportunities.

From the Desk of
Aaron Murphy

END_OF_DOCUMENT_TOKEN_TO_BE_REPLACED

Can my insurance company raise my rates because of an auto accident?

One question people often ask is, "Won't my insurance rates go up if.....?" That question is usually asked after an automobile accident in the context of filing insurance claims. Based on KRS 304.20-045 an insurance company cannot raise your insurance rates if you are...