What is a Personal Injury Civil Claim for Battery?

What is a Personal Injury Civil Claim for Battery?

A lot of people are familiar with the concept of recovering money for injury. The most common example of this we see is if someone is in a car accident, gets injured, and then receives a settlement or judgment to pay for medical bills, lost wages and pain and suffering. While auto injury is a large portion of what we do here at Murphy & Associates, this post is about a different type of event – Intentional harms. Many people are harmed based on the intentional conduct of someone else. This could be a punch with a fist, a stab with a knife, a hit with a blunt object, a gunshot wound. Any of these type injuries could be obtained accidentally or intentionally. When an injury is received from intentional conduct the injured person has rights under the law to recover their damages, just like they do in a car accident case. However, most people do not have insurance for intentional acts. Any insurance to cover these type of injuries usually comes through homeowner’s insurance. Homeowners insurance usually covers claims against any of the household family members even if what they did wrong did not happen on the property. The difficult thing about insurance policies though is that there are sometimes exclusions for intentional acts. This usually leaves the injured person with no practical means of recovery. This is why it is important to contact a lawyer who has handled intentional tort cases. A few examples of cases that we have handled may be helpful.

2. Gunshot wounds and death. Murphy & Associates has represented many gunshot victims who have been seriously injured or died when they were shot with a gun. While both males and females can be gunshot victims, most of the cases we see involve young men who are shot either intentionally or accidentally. Many of these cases have criminal charges for one or more parties. This often requires knowing how to work to navigate the criminal system either as a defendant or victim as well as pursue claims for negligence, battery and wrongful death.

3. Domestic Abuse. The attorneys of Murphy & Associates have represented victims of domestic abuse in civil court. Domestic abuse, as with all intentional torts, is very sad, but domestic abuse especially troubling because it can affect family relationships and the most vulnerable members of our society. Many of these cases also have criminal charges associated. In larger areas of Kentucky such as Louisville, these cases are handled by a special group of prosecutors in a dedicated domestic violence unit. Helping the victims of domestic abuse also requires being able to be a victims’ advocate and helping victims understand the criminal process as well as the civil process.

4. Sexual Assault, Abuse, Rape. The attorneys of Murphy & Associates have represented the victims of Sexual Assault, Abuse and Rape in civil court. These cases can arise from a variety of circumstances. These cases involve sexual acts perpetrated upon someone who is not a consenting party. This can be crimes perpetrated by violence and force. Or crimes perpetrated upon someone who cannot legally consent, whether or not violence or force are part of the crime. Persons who are incarcerated, underage, mentally handicapped, or impaired are unable to consent legally and many acts of Sexual Assault, Abuse and Rape can occur in a school, jail, or care setting. Depending on the situation, such acts may constitute a violation of specific state and federal laws in addition to also being a battery under the common law.

5. Police Brutality and False Arrest: If police arrest you without probable cause to support the arrest, you may have a civil claim for false arrest or for malicious prosecution. If the police use more force than reasonable or necessary to arrest you, a civil claim for police brutality may be possible. Murphy & Associates has helped dozens of citizens fight back against police misconduct, and has recovered six figure settlements in some cases. If you or someone you know has been the victim of police brutality or false arrest, call us today.

How is an attorney paid for an intentional wrongdoing case?

At Murphy & Associates PLC, we always work on contingency. That means that we do not get paid, unless we recover money for you. This is so the victim never has to pay out of their pocket for what has been done to them. We cannot guarantee results, but we only take cases which we feel have a good chance of success. In addition, there are many other issues to navigate when handling these types of cases. If you have questions about these type of cases and would like to learn more, please feel free to fill out the contact form on our website or call us directly at 502-532-8395.

The law on Kentucky Medical Review Panels can be found at KRS 216C This covers any lawsuit brought against a medical provider. At the present time, this should be read broadly to include cases against facilities and non-doctor personnel, including nursing home cases.

Either party can propose health care provider professions and related specialty fields to the chairperson. Since later in the code a reference is made to “the party whose appointment was challenged,” See KRS 216C.100(1), the contemplation here may be that each side will suggest a list of three physicians to go through the striking process and each side will have one doctor selected from their proposed lists. If a party does not make a strike within the time provided (no time period is specified in this section, however, five days is specified in the prior section for striking names on the chairperson list, so it is likely the same) then the chairperson will exercise the strike for the party. See, KRS 216C.090.

The Plaintiff shall submit their evidence to the medical review panel within sixty (60) days of the notification by the chairman that a panel is constituted.

Defendant shall submit their evidence to the panel within forty-five (45) days after the Plaintiff.

However, the chairperson may extend the deadlines for filing evidence if requested by one or more parties in the event of extenuating circumstances. See, KRS 216C.160.

There shall be no ex-parte communication with medical review panel members. No communication other than those allowed by KRS 216C are allowable. See KRS 216C.170.

Within thirty (30) days of receipt of the Defendant’s evidence the medical review panel will submit a report as to whether or not each defendant acted or failed to act within the appropriate standard of care as charged in the proposed complaint, and whether any such failure was a substantial factor in providing a negative outcome for that patient. Two or more panelist must agree in the conclusion. After the Panel’s report it is dissolved and shall take no further action.

Within five (5) days of the medical review panel’s opinion the chairperson shall submit the report to the Cabinet and all parties by registered or certified mail. See KRS 216C.230.

The medical review panel’s report shall be admitted into evidence if the trial court makes a written finding that the evidence would assist the jury and otherwise complies with Kentucky Rules of Evidence. The report is not conclusive, and any party may call any member of the medical review panel as a witness. Any panel member called to testify shall be entitled to reasonable compensation from the party calling them to testify. KRS 216C.200.

If a medical review panel does not reach an opinion within nine (9) months of the filing of the Plaintiff’s proposed complaint, the Plaintiff may file a lawsuit in court. The panel shall submit a report to the parties explaining the reasons for delay, and the panel may continue to work to reach its opinion. See KRS 216C.190.

The chairperson is entitled to up to $2,000 at the rate of $250/per day and reasonable travel expenses. The chairperson shall keep a record of all the time and expenses of the members of the panel. The records shall be submitted to the parties for payment with the panel’s report.

Medical members of the Panel are entitled to up to $350 for all work performed on the panel exclusive of time to testify in court, and reasonable travel expenses.

Motions to the Circuit Court

If during the medical review panel review period any party wishes to challenge an action taken by the chairperson or move for sanctions. Any party may file the complaint with the circuit court having jurisdiction over the matter and paying the filing fee. The party must simultaneously file a motion for the relief requested and all non-moving parties shall have 20 days to respond (23 if served by mail). The panel process shall be stayed while the circuit court considers the motion. The circuit court shall then serve a copy of the court’s ruling upon the parties, cabinet, and the panel chairperson.

The circuit court may enforce its ruling on any motion in accordance with the Ky. Rules of Civil Procedure, subject to rights of appeal. See, KRS 216C.240-280.

This is a synopsis of the procedure for filing a medical malpractice case for review by a Kentucky Medical Review Panel. For questions regarding Kentucky’s new medical review panel do not hesitate to call personal injury attorney Aaron Murphy at 502-532-8395.

Murphy & Associates is made up of a team of experienced and professional attorneys. We will seek justice by your side every step of the way. As one of our clients, you can expect trustworthiness, loyalty and guidance throughout the entirety of us working together.

Contact us today by giving us a call for a free case evaluation. 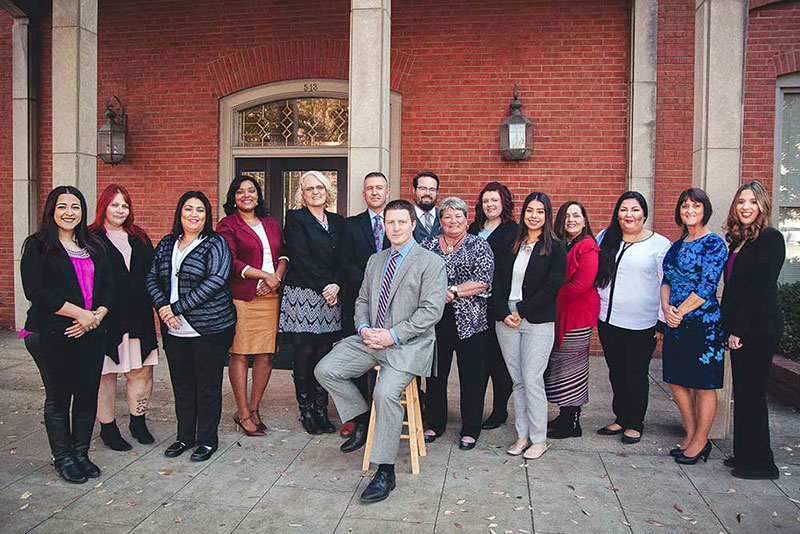